Dear brothers and sisters, friends and family members,
We the Tertians at the European Tertianship in Dublin kindly ask for your prayers as we make our month long retreat, following the Spiritual Exercises of St. Ignatius, from 19 November to 20 December 2020.
Thank you very much and be assured of our own prayers for you all during this blessed time.

The week began with our reflections on the previous week.

We then moved into a beautiful round of sharing by each tertian on his life story. Each person was allotted an hour to speak, and the sharing could be done in creative ways. The sharings were frank and heartfelt. It was a very enriching exercise.

We then moved into a round of sharing (for half an hour) something about each of our provinces. This too turned out to be an informative and enlightening exercise.

One evening after supper, some of the guys watched parts 5 and 6 of the movie – Teresa de Jesus.

We are now in close proximity of the month’s retreat. All seem to be geared towards making the retreat a special moment of grace. 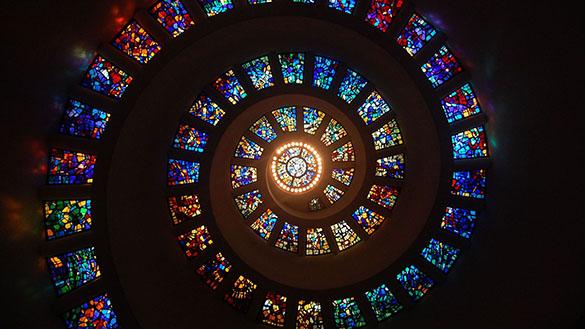 The week began with the usual personal reflections. It is interesting to see how each one is being guided by God so uniquely these days.

All Souls day – Most watched the movie ‘Coco’, one evening after supper. This was a film set in Mexico and was based on ‘El dia de los muertos.’ The title track really captured thespirit of the movie – ‘Remember me.’ This theme on remembrances really blended in with the remembrance the tertians are busy with these days concerning their own past lives. The tertians continue to work on their autobiography.

Paul presented to us chapter 2 of the Constitutions on ‘Dismissal.’ It was followed by an engaging discussion. Paul highlighted the Society’s great emphasis on ‘charity’ towards the individual Jesuit who is dismissed.

Tom took a very moving session on the life and legacy of Pedro Arrupe. He showed us a film on Arrupe which really brought out well what Arrupe was about. This was followed by a little input on inspirational bits concerning Arrupe and some sharing.

Paul gave us an overview of Vatican II and also the General Congregations 31 to 35. This session was brief but really enlightening. Paul pointed out major trends emerging in the post conciliar Church and in the Society. It showed us a glimpse into our recent history and also a way forward in the years to come.

Mark Ravizza and the UAPs – We had two exceptionally good days with Mark Ravizza. He dwelt (via zoom of course) on the spirit of the UAPs and how they form part of the fabric of our present day lives as Jesuits. His sessions were interactive; it involved actually praying and in that prayerful spirit pondering what God is calling us to be today. We also had a round of Spiritual Conversations which was found to be very deep and prayerfully insightful.

One evening after supper, some of the guys watched parts 3 and 4 of the movie – Teresa de Jesus. 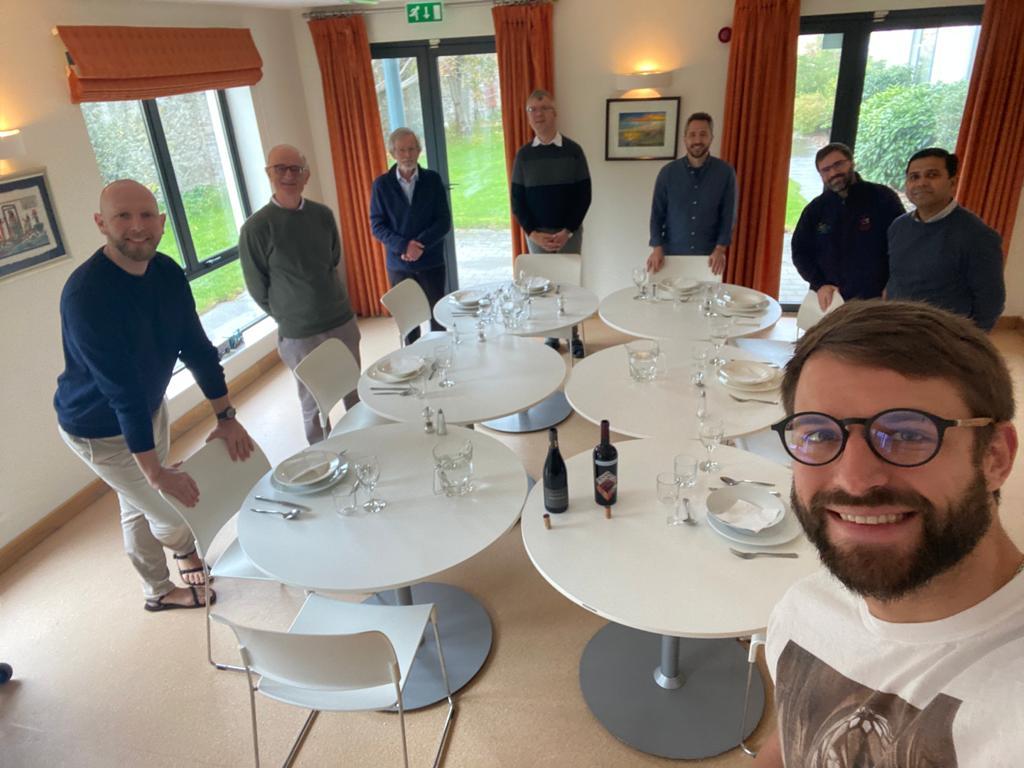 The week began with the regular Monday morning sharing.

On 21st Oct we had a very crucial session on Safeguarding of children and vulnerable adults, by Saoirse Fox, the safeguarding manager working for the Irish province. It was on zoom. She alerted us to the essentials concerning ethical ministry today, and the protocol in place for all who work in Ireland. She said she hoped to come again someday for a discussion and sharing in person.

This week we also received our Faculty for ministry – from Diarmuid Martin, Archbishop of Dublin.

Gerry Clark, an Irish Jesuit at Gardiner street parish shared with us via zoom, his life experiences. His was quite a frank and moving story. One of his striking lines was, when he felt challenged in life to “tell it as it is.”

Vlasto Dufka, a Slovak Jesuit, enthralled us with his session in Liturgy, and especially Liturgical music. He played sample chants which we were able to learn and probably take to our masses too.

The tertianship Website has been updated by Julian and can now be accessed at https://tertianship.eu/

Haustus this weekend was full of song (oldies and latest chartbusters) with all six wise men singing to the rhythm of the guitar.

Adoration on Sunday night was a very peaceful time. Julian exposed the Blessed sacrament and gave the final blessing.

We began with our sharing on the previous week. With every passing week the experiences seem deeper and richer.

Paul introduced us to the Experiments in Europe and the manner in which we are to go about discerning what kind of experiment will bring each one much profit. The experiment will be from 21st Jan to 4th April 2021.

Tom did a nice session with us on the Examen and Ignatian ways of praying. This served as a good refresher on prayer methods.

Paul took a session on the Deliberations of the First Fathers. One of the striking lines he quoted was “… as was with the first fathers, every group of tertians refounds the Society.”
We had Eileen O’Driscoll sharing with us her experience of working with the Jesuit team at Manresa retreat house, and how in general she has seen Ignatian spirituality permeate her life and her work.

Brian O’Leary, an Irish Jesuit, gave us a very insightful five hour-long sessions in Unlocking the Constitutions. His input was much appreciated. He gave us keys needed to enter into the Spirit of the Constitutions, the way Ignatius might have wanted every Jesuit to. It served as great preparation for the sessions which we will have in the reading of the Constitutions in the days ahead.

On Friday we had a meeting with the Jesuit community at Manresa retreat house. It was a nice gathering. It was nice to get to know the community and something about them. They too seemed glad to meet us.

Piaras Jackson spoke to us about the functioning of the retreat centre. He also showed us the lovely chapel and prayer room at the retreat house. He told us that we are welcome to pray there during the Spiritual Exercises.

The stained glass windows in the chapel are the creative work of Evie Home.

O God, give me the courage and strength to be worthy of being called a Christian.
Karl Rahner SJ